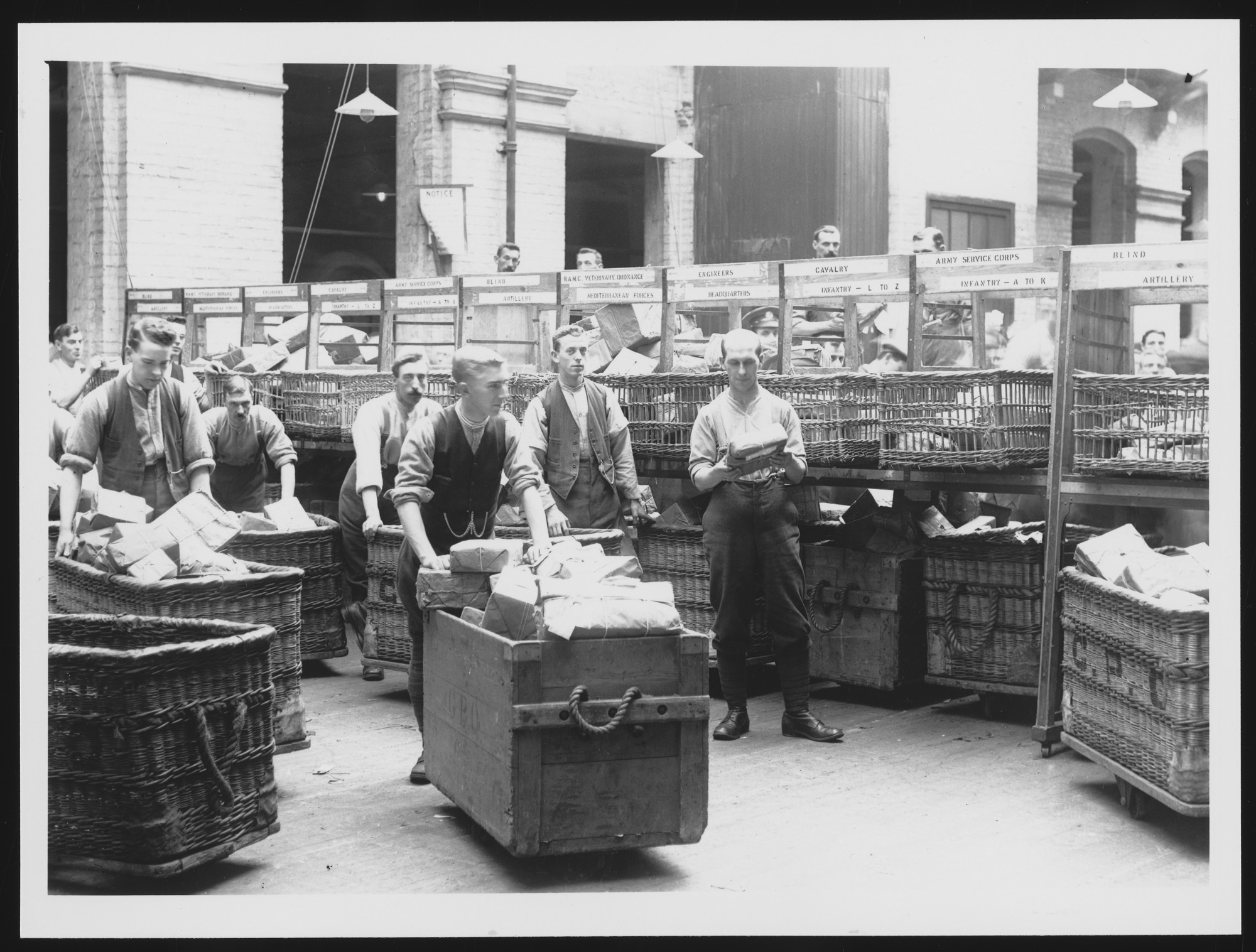 When asked about his time as a sorter in the Post Office, Mr Charles Ward (born 1894) recalled that:

‘The senior men – I remember looking at them ‘cos most – most people got bald – more so in the Post Office than anywhere I think. They used to put it down to the – strong electric lights. And – when I looked around – good God, I – hope I’m not like them at their age. I was though.’

The extract comes from an interview with Mr Ward, recorded as part of Family Life and Work Experience Before 1918, 1870-1973 (‘The Edwardians’) Oral History Project. Though not without its critics, oral history provides opportunities to explore different and previously neglected perspectives on the past. It is these perspectives which are at the heart of my interests as a researcher.

Mr Ward was not asked directly about his balding seniors. He was asked the question: ‘Did you feel that there were divisions of interest amongst the workers…?’, which elicited a variety of answers. Some postal workers, such as Mr Cooper (born 1885), spoke of how the differences between workers were imposed informally on the spaces in which they dined, for they chose to sit apart from one-another. In contrast, Mr Ward’s response considered how postal workers saw themselves as different from one-another, in terms of their concerns about the effects their work could have on them. He describes how there was a physical difference between those of his rank and their seniors, for the time which these seniors had worked for the Post Office was literally written upon their bodies. He considers a time when he, too, will have worked long enough at the Post office to be made bald by it. Mr Ward expresses disdain for such an outcome and, also, confirms that it has now become true.

Although this exchange may appear anecdotal, it does help in assessing how different workers thought about both themselves and others in the Post Office workplace. The Edwardian Post Office was a multidimensional institution and one of the country’s largest employers. It employed postmen, sorters, clerks, telegraphists, postmasters and postmistresses, amongst others, and the differences between them were felt both within and without the organisation. Even items of protective working equipment, such as uniforms, could elicit negative responses due to their disclosure of such differences, as not all postal employees were required to wear them. Furthermore, postal workers in the same position could have very different opinions about their work. A brief look into ‘The Edwardians’ Oral History Project demonstrates this. For some postal workers, outdoor work was a privilege whilst for others, it was cold and long and, again, this is a difference which has been overlooked.

As a PhD student working at the Addressing Health project, it is the everyday experiences of workers like Charles Ward, regarding ill-health in the workplace and how this was interpreted, that are my focus. For the Edwardian period, we are lucky to have access to oral accounts of such experiences regarding health, including diet, exercise, shift-patterns, workplace environments and, of course, baldness. In giving the workers a voice in the history of such topics, the importance of their beliefs and attitudes alongside realities is evidenced.

It is this question of voice that has been the focus of my previous research. During my undergraduate studies, I took part in an oral history project on Jewish Sheffield. The interviewees had so much to say and I was enthused by how much they wanted to share their stories. This experience strengthened my appreciation of oral history as a method of inquiry. Other sources have also informed my research approach, especially regarding histories of medicine. My MA thesis examined the medical recognition of anorexia nervosa in Victorian Britain and how this depended on both the exposure and concealment of patients. There are few (if any) first-hand accounts of the disease from this period. My analysis of these silences, therefore, was informed by what was said about the patients, what the patients were reported by others as having said and the few images of patients that survive. Of course, the lived experiences of patients can not be fully captured from what medical professionals wrote about them. But, to ignore these perspectives would be to bury such histories entirely. Within such contexts, silences have a lot to say.

It is this combination of approaches which is directing my PhD research. ‘The Edwardians’ is a rich resource and I am eager to explore it further, alongside other materials which can throw light on worker’s experiences of health, from their own perspectives as well as that of their employers. Given the ubiquity of the postal worker in the Edwardian period, their relative silence in the history of how their work felt and their responses to their employers’ attempts to manage this begs to be resolved. I look forward to spending the next few years with the Addressing Health team with my ear to the ground, listening out for the tread of postal deliveries, the rustling of letters, and other mentions of hair-loss, by all the means available to me.